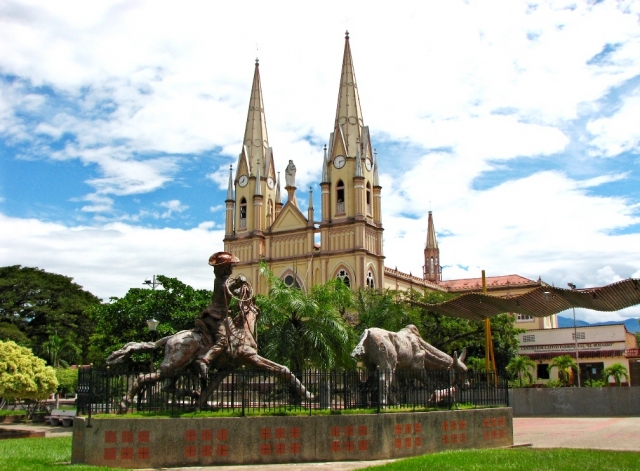 The most beautiful villages of Huila to visit

Huila is a beautiful apartment, which has so many things to know and see. Traditions, cultures, fairs and festivals, colonial towns, natural attractions and a lot of history are just some of the things that make up this beautiful apartment.

You may be interested: Meet the Heritage Peoples of Colombia; the most beautiful villages in Colombia.

Among all the attractions and tourist destinations in Huila , you can not miss some of its beautiful villages , which are visually attractive, full of history and hide true architectural gems that represent much of Huila's heritage. Now we present some of the most beautiful villages you can visit on your trip to Huila.

These are the most beautiful villages in Huila

Paicol is hidden between the mountains and the Paéz river and is one of the most visited towns in Huila , since here you will not only enjoy a beautiful colonial architecture of white houses and cobbled streets, but you also have beautiful natural attractions to do ecotourism and Extreme sports in Colombia.

The municipality of San Agustín is another of the most welcoming tourist places both for foreign tourists and for Colombians themselves. It is famous for the San Agustín Park , one of the largest and most impressive archeological sites in Colombia thanks to its monumental stone sculptures that the civilization that inhabited this territory used to carve its history and leave its mark on humanity. Among other things, San Agustín has magnificent landscapes with which you can delight.

Multiflora, that is what Yagurá means, one of the municipalities that make up the department of Huila . A town with such a name can not be less attractive, and indeed, Yaguará is a destination that stands out for several things: the great variety of flora that can be found in every corner of the town, the tranquility that fills the atmosphere of the town and the great Dam of Bethany which is a great site of tourist interest for everyone.

Gigante is the agricultural town of Huila , famous for its cocoa production, and its large agro-tourist farms that can be visited and learned about its production. From the origin of the name there is no general consensus, since some say that it is due to the remains of a giant mastodon that were found there, others that it is due to a large expansion estate that was called that, and others choose to say that Everything is for Cerro Matambo that looks like the profile of a giant human figure.

Garzón is known as the Alma del Huila , since it was the first diocese of the department and because it is the third largest municipality after Neiva and Pitalito . It has many attractions, but it mainly highlights its colonial-style religious architecture which is preserved until today in the many temples and convents that you will find along its beautiful streets. This municipality is ideal for religious tourism , but also natural.

Click here and know all the plans and destinations you can visit in Colombia.