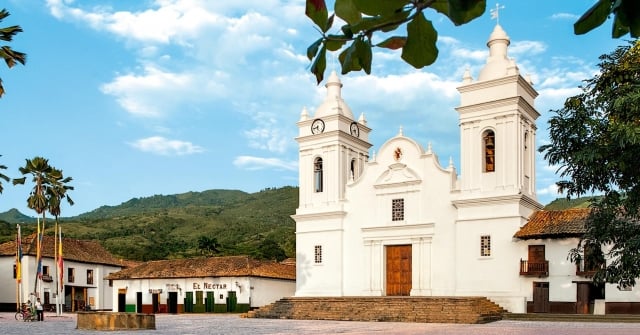 How to get to Guaduas, Cundinamarca and what to do

Guaduas, 114 kilometers north-west of Bogotá, is a small municipality of Cundinamarca, famous for being the birthplace of Policarpa Salavarrieta, better known as La Pola, and who was one of the heroines of Colombia's independence, also because in this town arrived the head of Mártir José Antonio Galán, after being dismembered as a result of the commune revolt, and for being again, the birthplace of Francisco Javier Matis Mahecha, one of the main painters that Mutis had in the Botanical Expedition. Due to these events and the historical importance it owns for the country, Guaduas, has been named part of the Network of Heritage Towns of Colombia.

You may be interested: Route liberator, another way to travel and know Colombia from its history.

You have to visit Guaduas; for at least two days, if you want to have an idea of what life was like in the independence era, but also if you want to be in a nice place, surrounded by peace and very nice people. Now we tell you how to get to Guaduas, Cundinamarca and what to do in this town full of natural attractions, tradition and culture.

How to get to Guaduas?

To get to Guaduas , our first stop, or rather, departure point is Bogotá , here, at the Salitre Terminal we take a direct bus to Guaduas , which departs often. The trip lasts approximately two and a half hours and the bus ticket costs 19,000 COP.

From Medellín you can also get to Guaduas , taking the bus from the transport terminal for a value that goes from 48,000 COP, yes, the trip takes about five hours. In Manizales you can also take a direct bus to Guaduas , for 37,000 COP and up. The trip in this case lasts four and a half hours, if there is no much traffic on the road.

What to do in Guaduas?

If you are wondering what to do in Guaduas , in addition to visiting the Casa de Policarpa Salavarrieta ; that among other things is a must visit, take note of all the plans that there are to do in this beautiful municipality of Cundinamarca.

The importance of Guaduas ; As I have noted before, is not only being the birthplace of La Pola, but this town was also the scene of important research by José Celestino Mutis, so here you can visit the experimentation center and also visit the famous Route Mutis that includes the municipalities of Honda and Ambalena.

In the Historical Center of Guaduas , you can not miss the Cathedral of San Miguel Arcángel ; a majestic and stately church that is a good example of colonial architecture, the Plaza de la Constitución , with its pool of water and the statue of La Pola, and of course walk along each of its streets and houses full of charm.

You will also find beautiful places such as the Chapel of Peace in Calamoima , and nearby you can discover the House of the Viceroys , a beautiful residence that housed the most illustrious people who passed through the Royal route , and the patio where Manuela Sáenz tried to take her own life allowing herself be to bitten by a snake when she heard about Simon Bolivar's death.

Now if you want to leave a little history and do other activities, you should go to Piedra Capira , an impressive viewpoint from which you can see the snow-covered of the Ruiz, Santa Isabel and Tolima snow peaks, as well as the municipalities of Honda, Mariquita and ambalema, among others.

Five minutes from Guaduas , on the road to Honda, is the Loma Aventura Ecopark , a place where you can do all kinds of activities related to ecotourism such as trekking, wildlife and flora sightings and water sports.

You may be interested: Ecotourism in Colombia. Best places to experience it

And finally, you can not miss the Salto de Versailles , a wonderful waterfall 40 meters high, which can be easily accessed and in reward, you can spend magnificent moments.

If you want to continue discovering the magic of these unique places called Heritage Villages of Colombia , we invite you to visit Villa de Leyva , very close to Bogotá. Barichara , which is perhaps one of the most beautiful towns in Colombia is in the department of Santander, and in the Pacific we find the municipality of Buga . On the Caribbean coast, enjoy Lorica , Mompox and Ciénaga , in the departments of Córdoba, Bolívar and Magdalena respectively.

Colombia has impressive, magical and spectacular places to know. Enter the blog and check everything we have for you.